The Song of Seth - Day 2 prompt "Life of Pie" #Barathon

Today's prompt is "Life of Pie." I got my inspiration from that old nursery rhyme "Sing a Song of Sixpence" and wrote a story based on the idea. 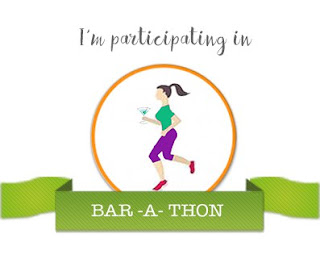 “Hurry up! We must finish these pies for the king and queen’s dinner tonight,” the cook said and boxed Seth on the ears for staring out the window at the birds again.

Seth rubbed his sore ears and nodded without a word. He rolled the pie crust out on the kitchen counter but it broke all apart in lumpy pieces.

‘Can’t you do anything right? Just my luck to be stuck with a simpleton like you for an apprentice,” the cook grumbled as he fixed the crust and made it smooth. “I promised my brother I’d train you but sometimes you try my patience.”

Once again, Seth said nothing but that was nothing unusual. Seth never spoke.

“I’m going out for a few minutes to get more ingredients. Try not to get into trouble while I’m gone,” the cook warned and Seth nodded, his eyes wide and innocent.

Later when they brought the pies to the dining room, the king wasn’t there. He was in the counting house counting out his money as usual even though his wife had told him he should exercise like the doctor advised.

The queen was in her chambers eating milk and honey as she did every afternoon. She’d heard it was good for her fertility though so far it hadn’t helped much. The past seven years of their marriage had been barren, despite their longing for a child. She needed to get her husband out of that counting house for a start.

The cook and Seth laid the pies out on the table and rang the dinner bell.  Finally the king and queen arrived and sat down for dinner. Servants scurried about pouring wine and setting down the rest of the food on the long table.

The cook started to slice the pie that Seth had made. Suddenly the air was filled with fluttering and chirping as a flock of blackbirds flew out of the pie. Twenty four of them circled around the ceiling making a huge squawking noise as everyone watched in shock from below. The birds found an open window and flew outside to freedom.

“What is the meaning of this?” the king roared.

“I’m sorry, Your Majesty. I don’t know what happened,” the cook apologized giving Seth a dirty look. Seth didn’t even notice. He was too busy enjoying the excitement of all the birds. He noticed the two lovebirds in a cage hanging in the corner of the room and went over to see them. Seth opened the cage and the doves flew out, cooing with joy to be free. They flew through the open window where the blackbirds had just escaped.

“Who said you could do that?” the king cried in anger. “Those are my love birds. They don’t belong to you!”

“I’m sorry, Your Majesty,” The cook apologized again. “He’s my brother’s son. I promised I’d teach him to cook but all he cares about is birds. I will get another apprentice immediately.”

The queen who was the calm and sensible one of the family, pondered the predicament. She smiled at Seth in a motherly way.

“I have an idea. Why not have him work with the gardener and create a bird sanctuary?”

“What? But he’s just a simpleton without a brain in his head,” the cook protested.

“That’s very harsh,” the queen replied. “Let’s give the lad a chance, shall we?”

“Thank you, Your Majesty. I will do my best,” Seth said, bowing before her.

“You can speak?” the cook said in disbelief. “I thought you were mute.”

“Only with you, Sir,” Seth said, grinning from ear to ear.

From that day on, Seth and the gardener created a bird sanctuary full of a variety of birds. Even the king would take daily walks in Seth’s sanctuary with the queen instead of spending so much time in the counting house. The therapeutic benefits of the garden worked their magic and soon they were expecting a child.

When the gardener died, Seth became head gardener. Word spread throughout the kingdom about the magical sanctuary and the queen allowed commoners to come visit the garden to experience its healing properties.