B is for BELIEVE 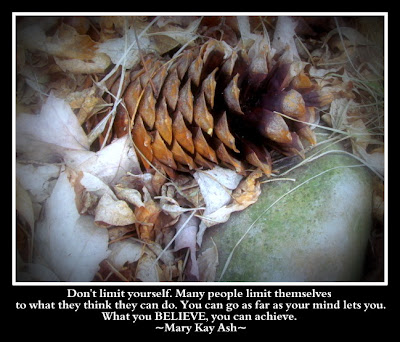 Mary Kay didn’t let anything stop her and built a huge cosmetics empire just because she believed she could and she didn’t let others say she couldn’t. She persevered through many obstacles, the biggest one being fear.

How often do we hold back with fear, thinking we can’t do something instead of taking a risk and trying? Our fear of failure and embarrassment can be so strong that we are paralyzed to take action.

We believe that inner voice that says we can’t do something or worse, we believe the negative naysayers out to sabotage our efforts.

What’s the worst that could happen? We might get turned down. We might look foolish for a while, feel uncomfortable and defeated. We do survive.

What if we changed our way of thinking and believed we could do it? In Steve Jobs biography, Jobs pushed his team to the limit, making them achieve things that were thought to be totally impossible. Jobs believed it was possible and he made the team believe it, too.

BELIEVE and you can do it!