R is for Reclusive Romance 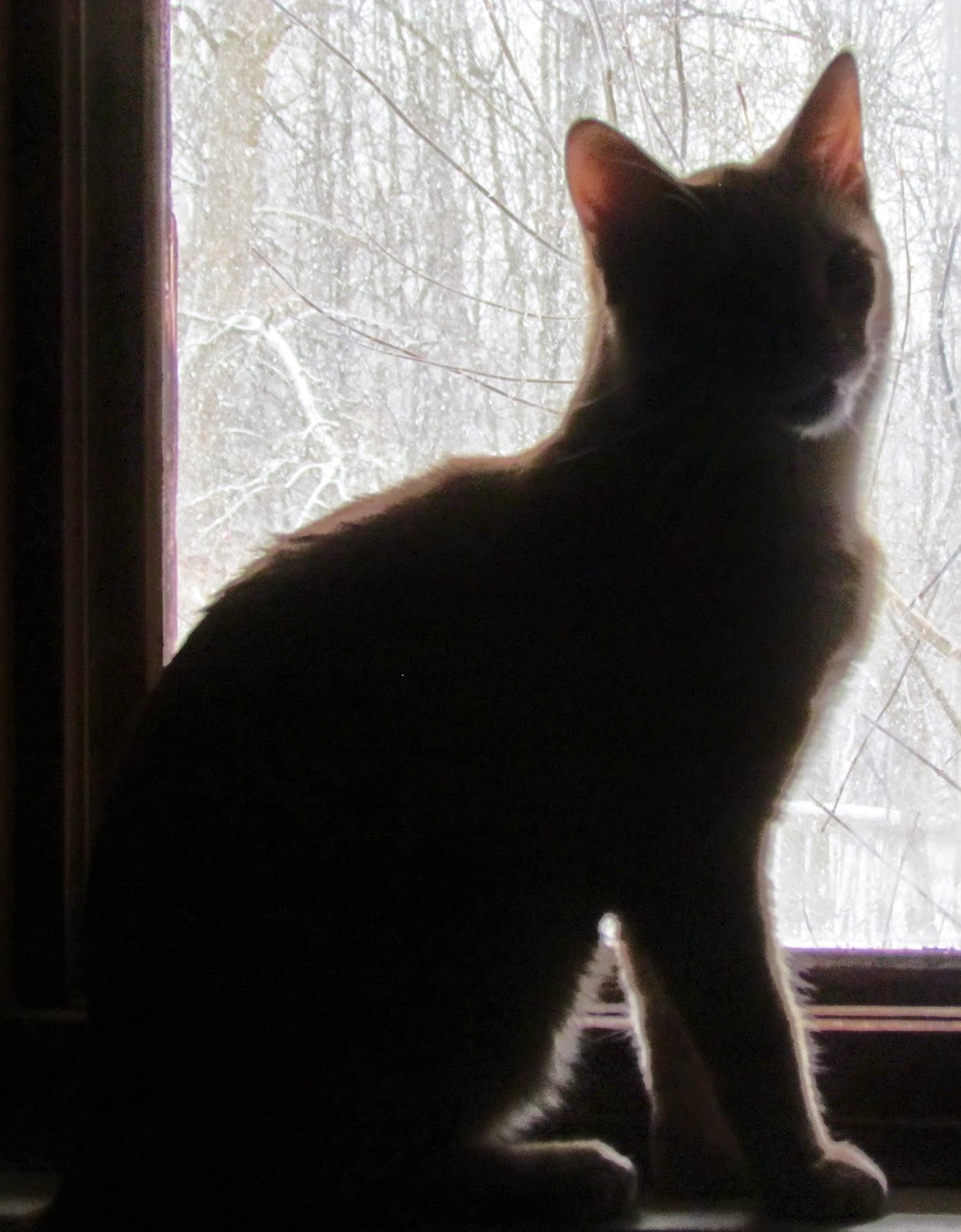 Now you may be wondering if my two humans, Paul and Miriam are friends, living in the same brownstone apartment building. Not a chance. Even when they pass each other in the entrance, they barely say a word.

While it isn’t an easy job dividing my days between these two charity cases, it gives me a purpose for getting up in the morning. Besides, I get fed twice which is a cat’s dream.

One rainy day I take matters into my own paws. I watch and wait by the entrance, imagining Miriam tumbling into Paul’s arms in one of those romantic moments you only read about.

As Miriam is leaving for her library shift and Paul is arriving home, I leap from the bushes and cause Miriam to trip. Big mistake. Miriam tumbles. But not into Paul’s arms as I’d envisioned. Instead she hurtles headfirst into a big mud puddle and all her books go flying.

I think she’s crying though it’s hard to tell under all that rain and drippy mud. In between sobs she manages to scream a few choice words at me for scaring her. Miriam has an extensive vocabulary but then she is a librarian and does read a lot.

I did try to get them together. Can I help it if they’re fools? I slink away and hide til they calm down.

The next morning I climb up to Paul’s balcony and pound on the glass sliding doors.

Miriam lets me in. Miriam? And she’s wearing Paul’s bathrobe which looks way better on her.

They both look at each other and break out laughing.

“What does it matter? He’s just a dumb cat,” Paul says, taking Miriam in his arms.

Dumb cat? My fur bristles with the insult. Why I'm brilliant! I did manage to bring them together, after all. For that I deserve a medal. I have to be patient with those two as they’re both just dumb humans and need me to take care of them.